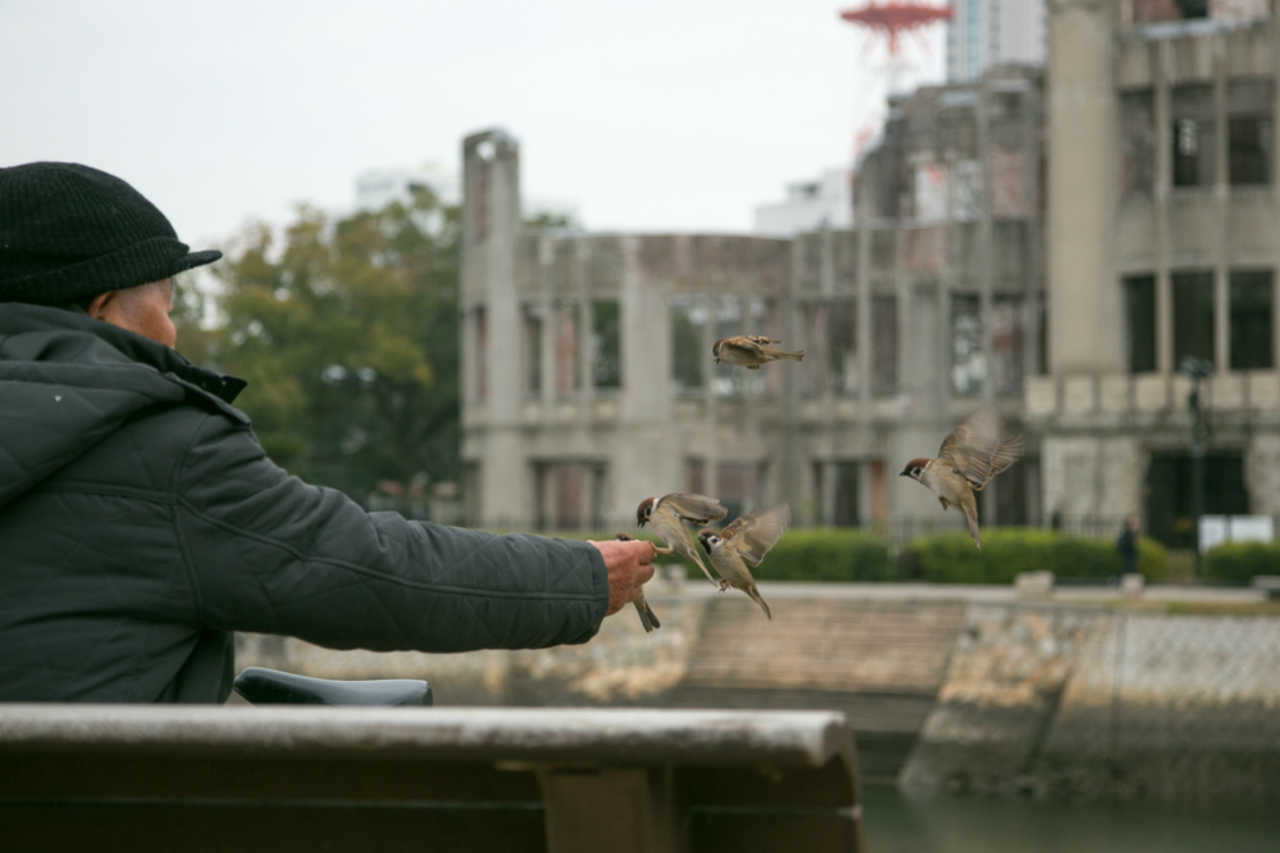 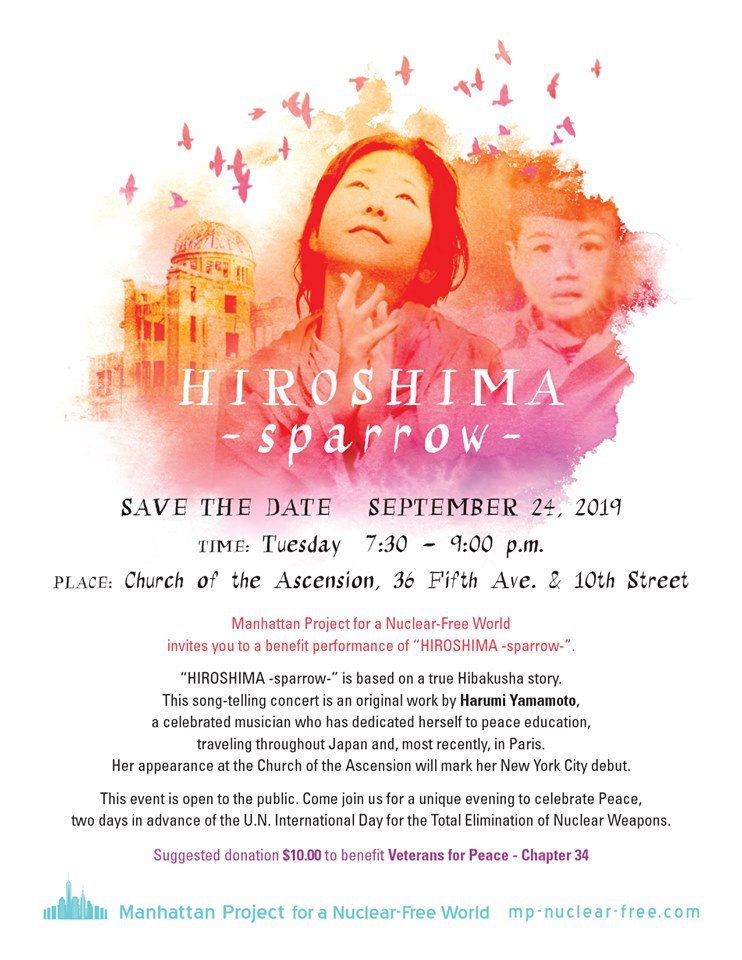 Hiroshima –sparrow- is a story about “Uncle Sparrow” who comes to the Hiroshima Peace Memorial Park every morning to feed the sparrows. He says that it’s his way of atonement for what he did to the sparrows when he was a boy. Uncle Sparrow was orphaned at the age of 10 on August 6th 1945, the day of the Atomic bombing. He lost his father and sister. And his mother has been missing since that time.

He was taken care of by his relatives, but everyone was poor and starved. In order to survive, they netted sparrows in the mountains for food, and he had various jobs to help get by. He managed to graduate from high school during the chaotic post-war period. As an orphan he endured hardships and life struggles that continued into his adult life.

One day, 60 years later, Uncle Sparrow was at his sister’s tomb praying for her, and a bunch of sparrows came up to him. So, he fed them. Then another day he was at the Hiroshima Peace Memorial, and the same thing happened. He found comfort and redemption in the interaction with the sparrows. Since then, coming to this park to feed the sparrows became his daily routine. That is how he was nicknamed “Uncle Sparrow”.

He cites famous Issa Kobayashi’s haiku: “Come with me to play A poor sparrow without parents” 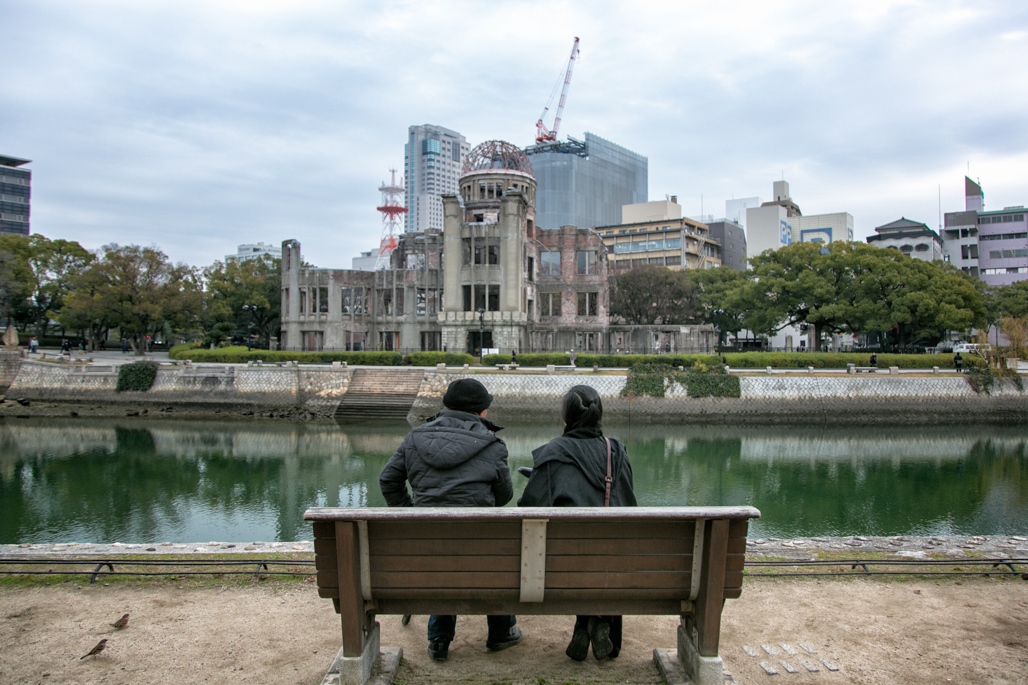 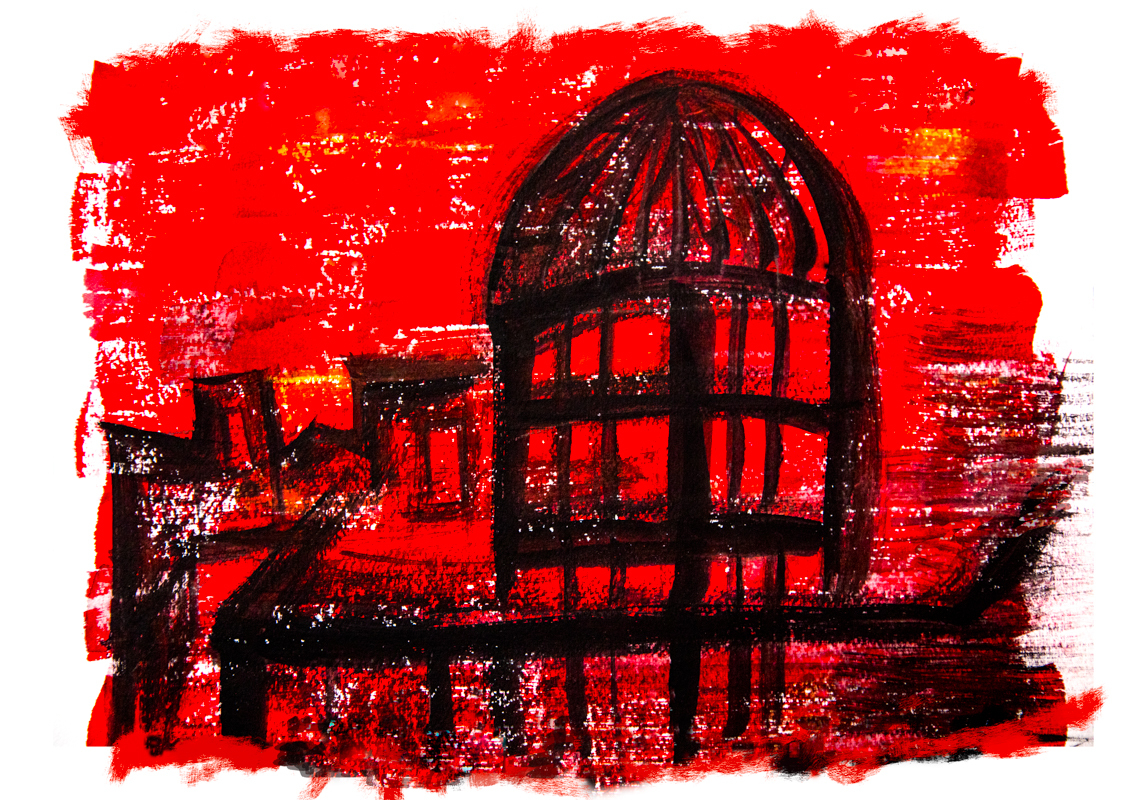 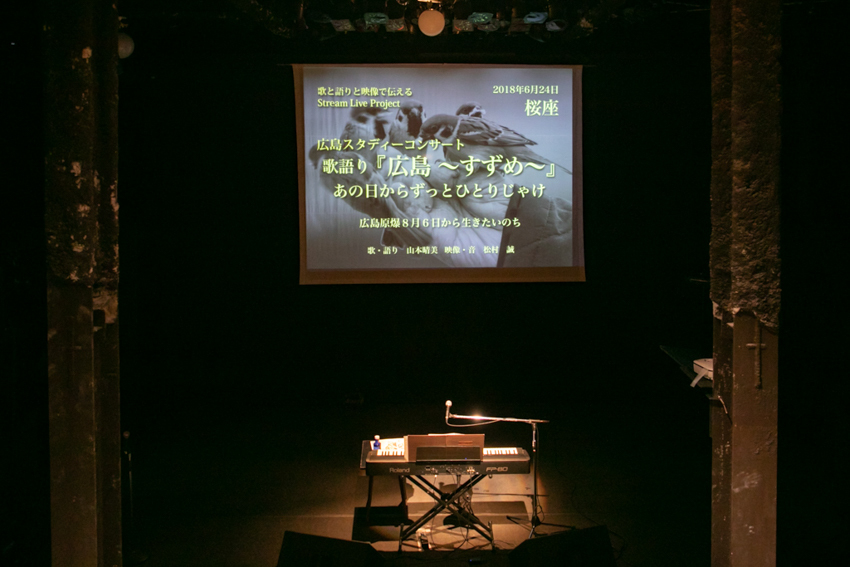 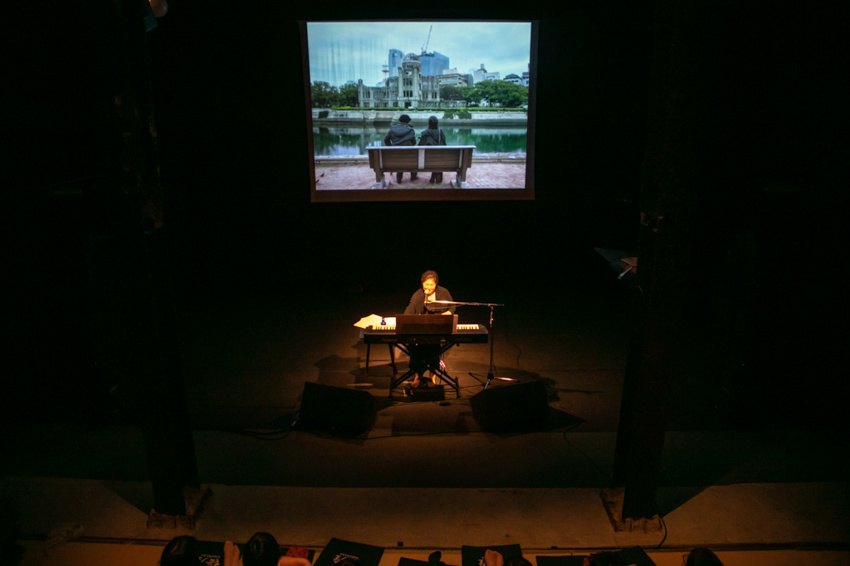 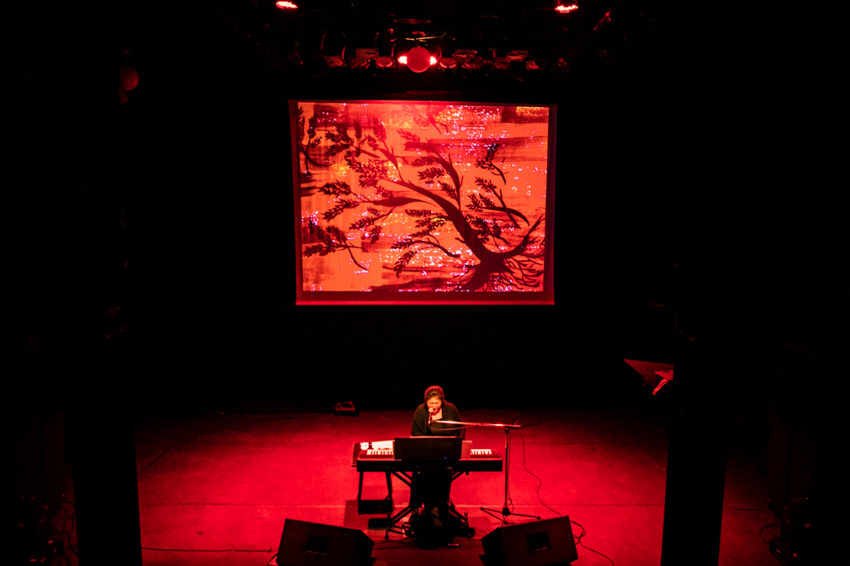 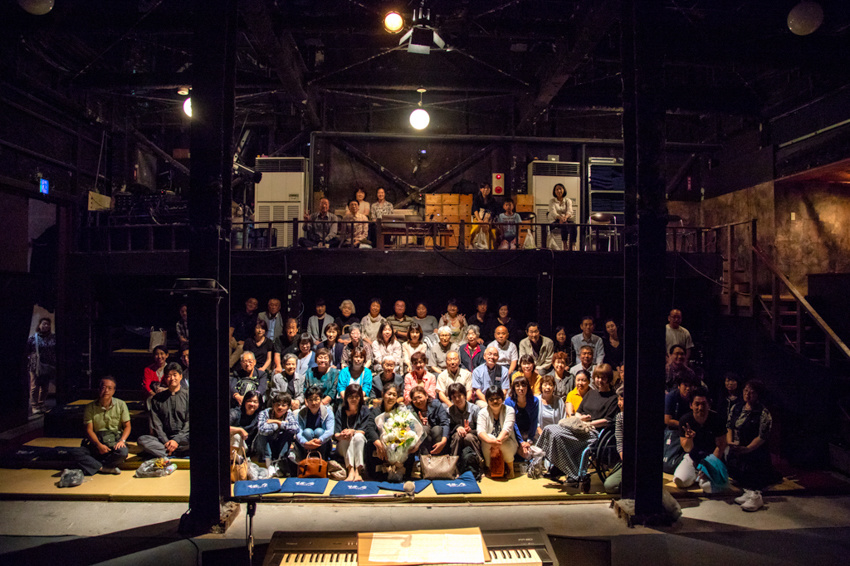 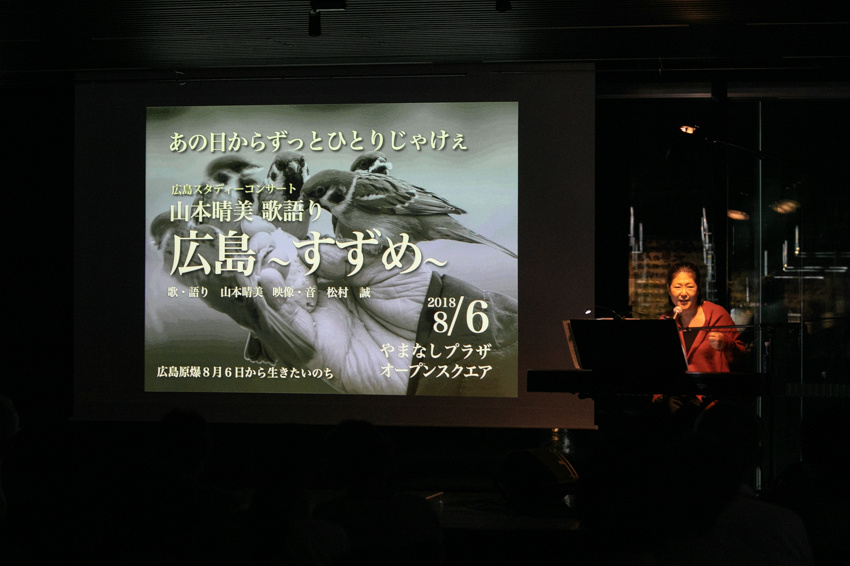 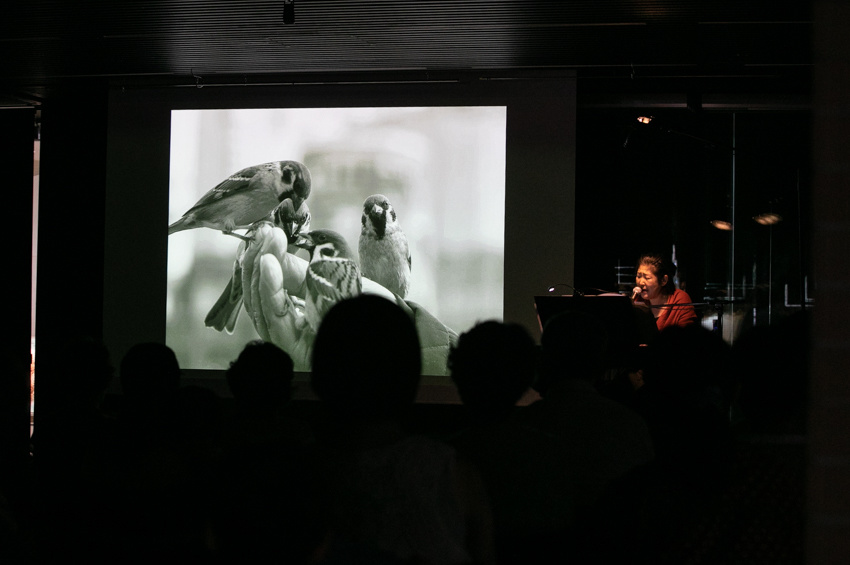 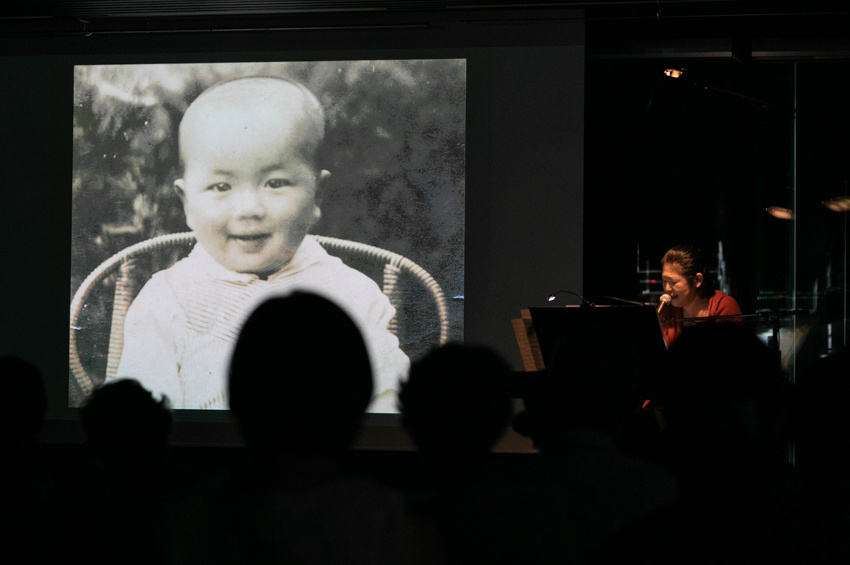 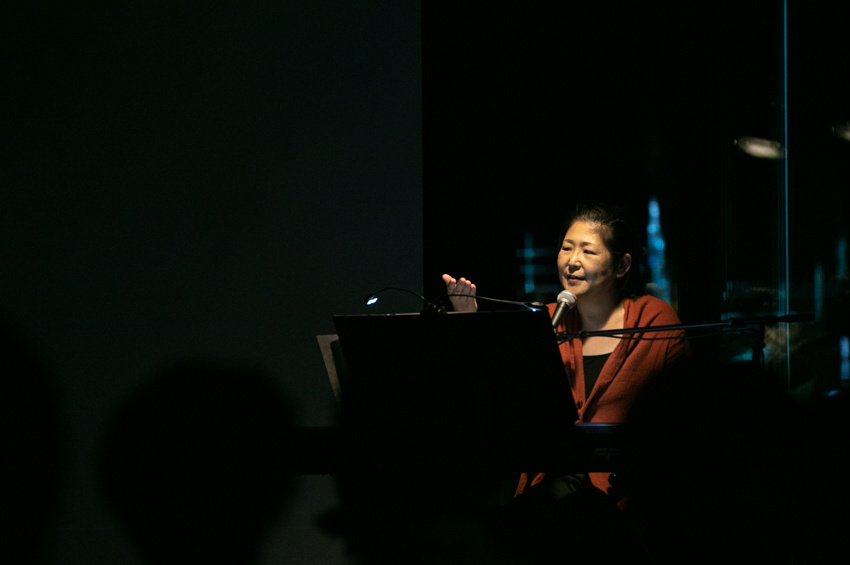 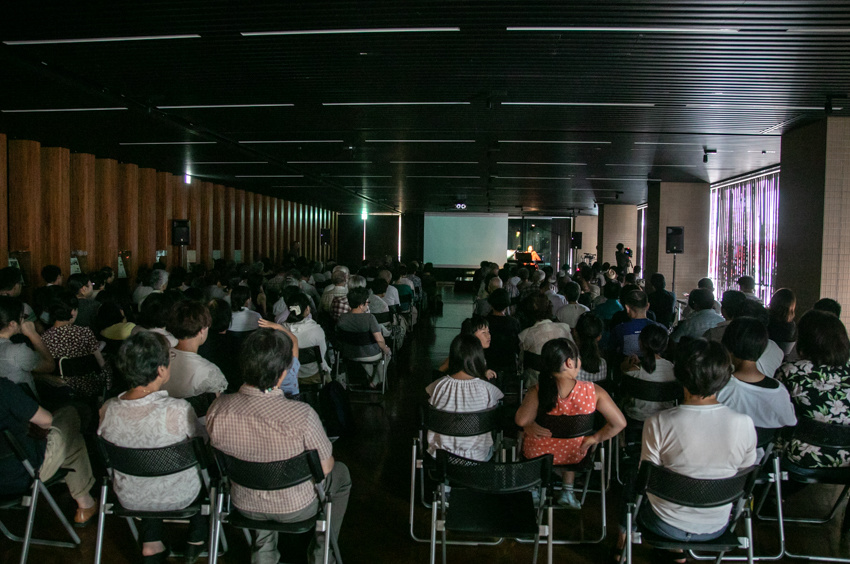 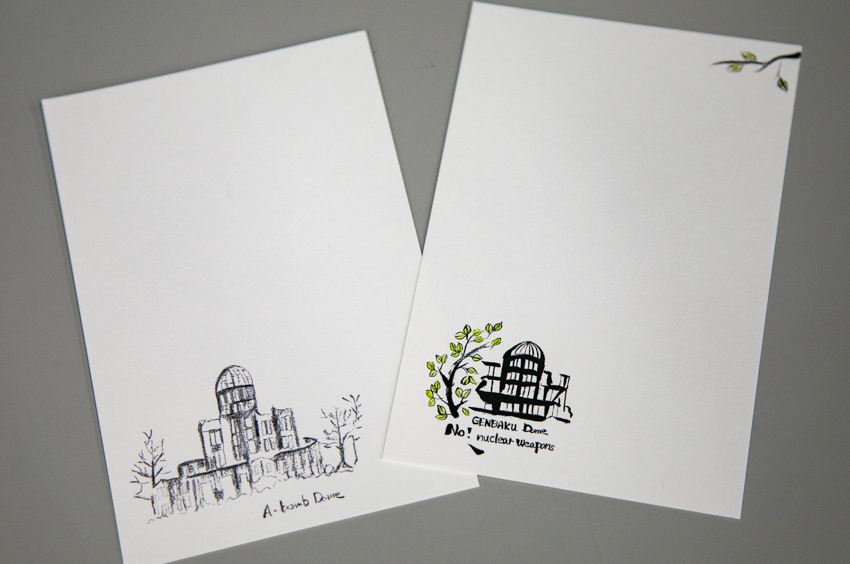 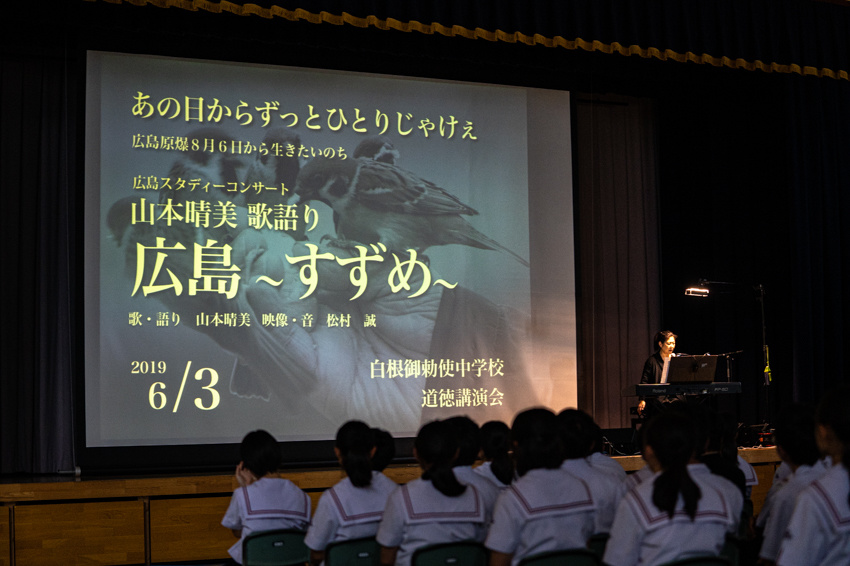 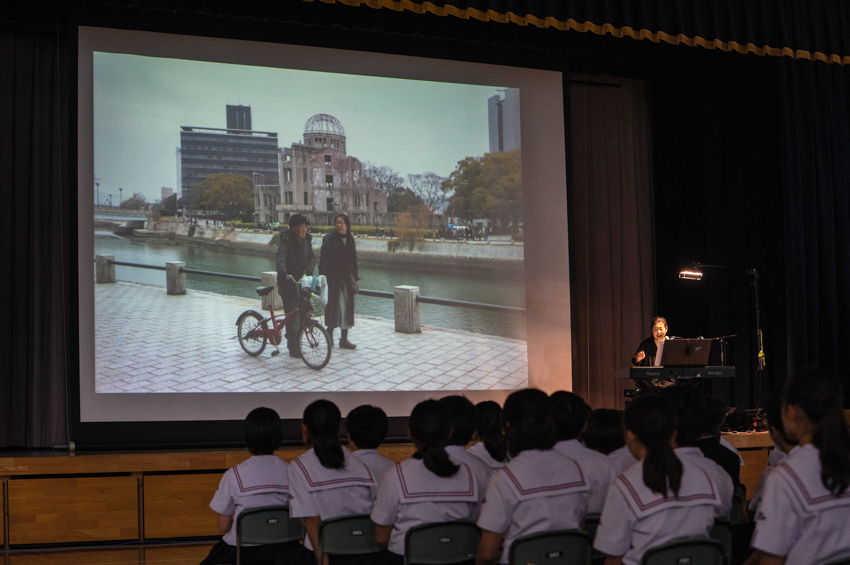 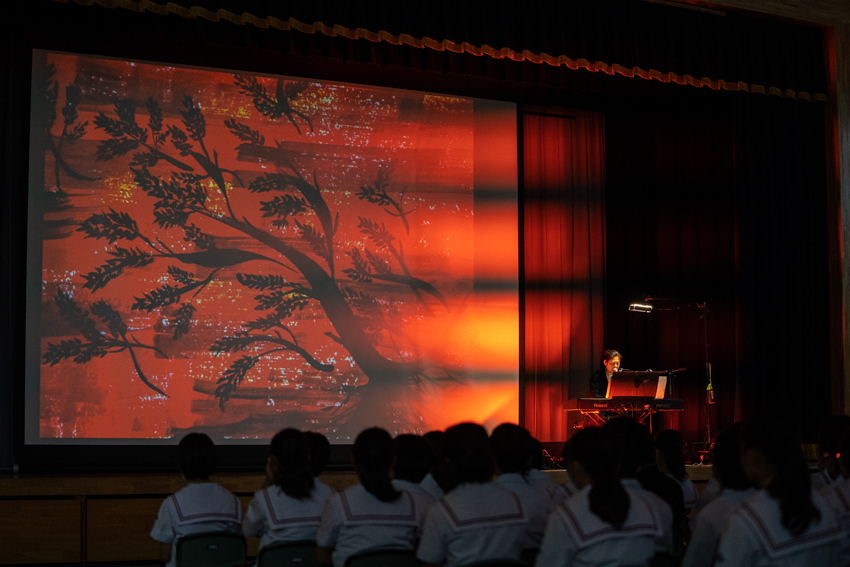 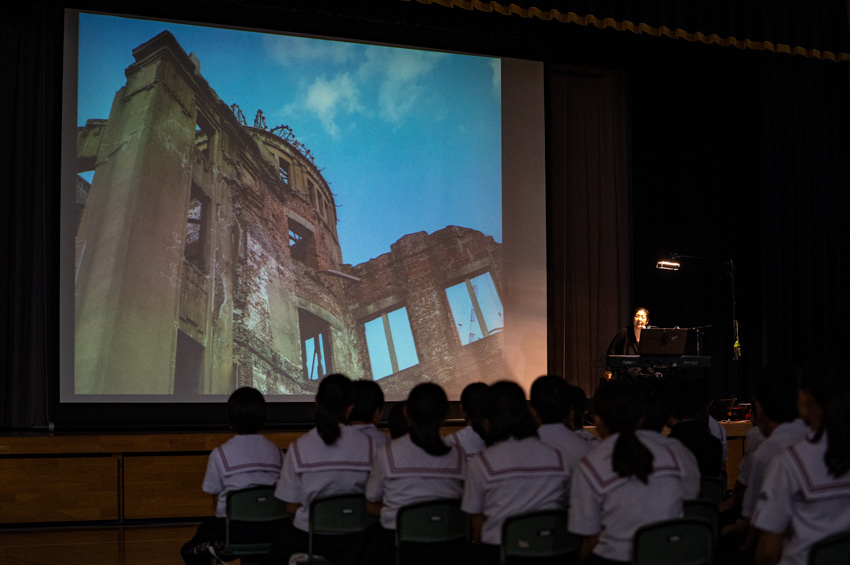 Manhattan Project for a Nuclear-Free World

Manhattan Project for a Nuclear-Free World is happy to inform you that we are organizing peace education events to celebrate Harumi   Yamamoto’s first performance in New York this coming September 2019.
mp-nuclear-free.com